While the women’s world championship is still underway, Socceroad is preparing to fly to the second WPSL Combine in Oklahoma City, which will host over 250 professional soccer players from all over North America. Selector and scouting chief for the occasion: me, Federico Turriziani.

The WPSL International Combine is the largest event in North American women’s football and it will be held in July, from the 19th to the 21st, in the beautiful Oklahoma University sports center in Oklahoma.

Many players will come from all over the United States and there will be many international guests who will take part in the event; noteworthy is the appointment scheduled for the first Tactical Video Analysis course on American soil, thanks to the Italian company SICS. 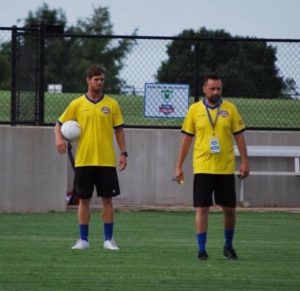 The Women’s Premier Soccer League is America’s largest league with its 119 teams divided into 4 conferences, which in turn are divided into 4 groups, for a total of 20. Title holder is the Seattle Sounders Women team who in the final, which I personally saw last year, defeated the Florida team, Pensacola FC, after a very balanced match. The League has been carrying out a great job for over 20 years and among the best players who have passed through the WPSL stadiums there are Alex Morgan, Abby Wambach, Megan Rapinoe, Julie Foudy and Brandi Chastain.

…the work organization, which we’ll take care of, will clearly be “made in Italy” style, but contextualized to the North American soccer, in a way that makes athletes comfortable, entertaining them while working and trying to bring out the best in each one of them! 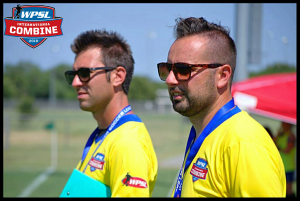 A unique event of its kind, a continuously growing league, with new teams joining every year. Director of International Programs is Mr Andy Vera, creator and main organizer of the selection, who can rely on the trusted and close collaboration of the undersigned and of the Technical Manager Davide Massafra, also Technical Director of Empire Niagara, strongly confirmed also for this season, given the quality of the work done during the last summer.

The first edition, held in 2018, was an unexpected success in terms of attendance, quality level of the players and above all for the magical environment that had been created; this year the premises are even better, given the greater number of girls present and the important names that will take part in the Combine. In fact, other Italian coaches will also land at Will Rogers World Airport in Oklahoma City: anche

Here Michele and SICS will hold the very first course for Tactical Video Analysts in the USA! There is so much curiosity also for this new proposal that will be an integral part of the WPSL International Combine 2019 program. 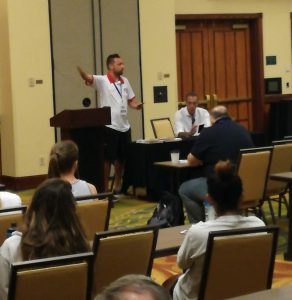 The event will include high-level training sessions thanks to the featured qualified European coaches, scouting and selection of the best players, in order to give them the chance to play also in Europe; the work organization, which we’ll take care of, will clearly be “made in Italy” style, but contextualized to the North American soccer, in a way that makes athletes comfortable, entertaining them while working and trying to bring out the best in each one of them.

Then there will be workshops, working classes about how to play abroad and also the Final Four between the winners of the 4 Conferences that will play to win the title of WPSL 2019 America Champions.

SOCCEROAD will therefore be present and will take part in an important way in the Combine, reporting the whole event from inside the field.

SOME FACTS ABOUT OKLAHOMA

Oklahoma is a state in the South Central region of the USA, entering the union in 1907, and is located between Colorado, Texas and Kansas; the capital city is Oklahoma City, with 580 thousand inhabitants, in the center of the state. In addition to being a major producer of natural gas and oil, this country is famous for its agriculture and the diversity of landscapes that characterize it, and it’s known worldwide for the many tornadoes that, especially in the peak season, cross the countryside and the cities.

As a matter of fact, Oklahoma is in a humid subtropical region. Most of the state lies in an area known as Tornado Alley characterized by frequent interaction between cold, dry air from Canada, warm to hot, dry air from Mexico and the Southwestern U.S., and warm, moist air from the Gulf of Mexico. The interactions between these three contrasting air currents produces severe weather, with an average of 62 tornadoes that strike the state per year, one of the highest rates in the world.
The entire state frequently experiences periods where temperatures exceed 38° C and others where they drop below -18° C. 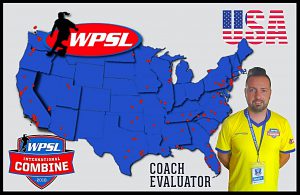 – 250 soccer players from all over North America expected, coaches and selectors from Italy